Sometimes all I have to draw on is the small screen of a older version iPhone.  I like Zen Brush, a monochrome package building images through layers of greys with pressure sensitive variable brush size in a single stroke.  I notice that daubing on a small screen with one finger lends itself to swirls. 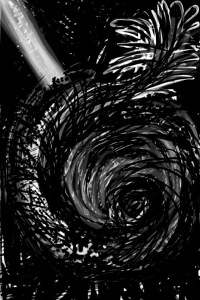 These next three were begun in the interval of a play, trying to recreate from memory Ian McKellen as the sly, sometimes ingratiating, sometimes cruel, Spooner in Harold Pinters “No Man’s Land“.  Eventually, I was working from various unsatisfactory photographs but never quite caught his likeness or character.  I found myself captivated by the sheer scale of his nose. 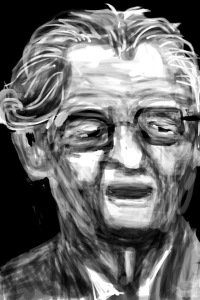 The following faces were done waiting around during the children’s swimming lessons.  One is a surreptitious sketch of a shawled woman either eating or talking in her phone.  The other is an imaginary, more abstract visage.

Swirls, spirals and dots seem to lend themselves to astronomical depiction, like looking out onto the vastness of the universe through a very small window. 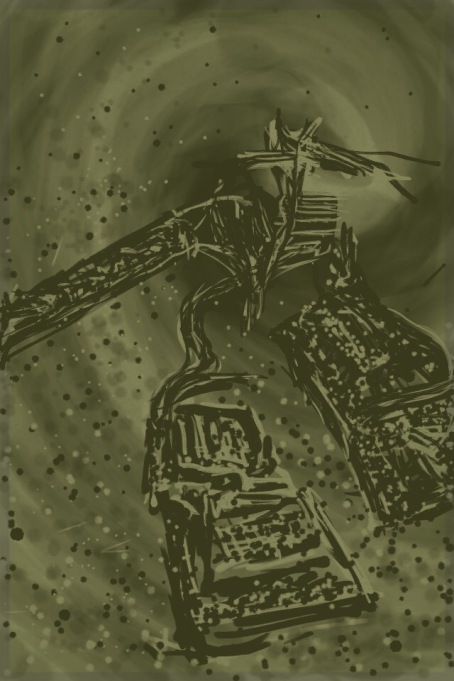 Over one week, I retold to my children a tale they know well, illustrating it on the iPad as I spoke . 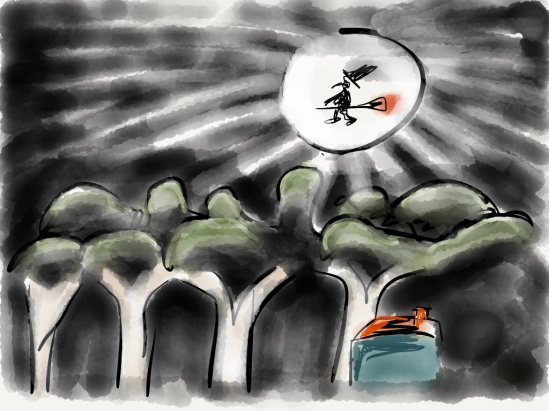 Here it is.  Sweet dreams … 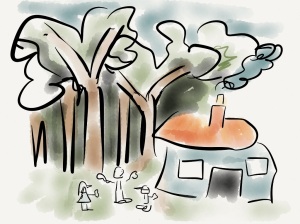 The children lived in a cottage on the edge of a forest.

They knew the forest was haunted: they went in only a few tress deep and never at night.

Lost deep in the haunted wood.

A cottage made of sweets. How welcoming for hungry children. 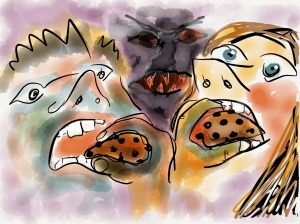 He nibbled the roof, she the walls.

Ensnared by a magical weave.

Asked for flesh, he offered a bone. 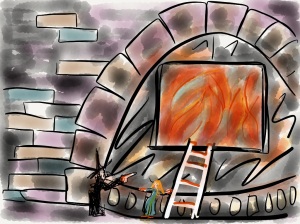 “I am too stupid: show me how to test the oven.” 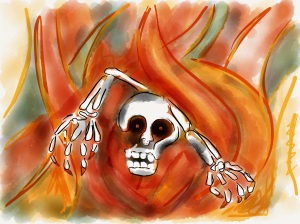 All it took was one push 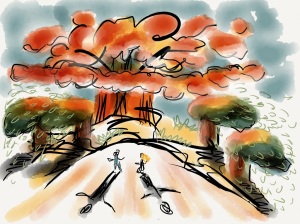 The released spells rent the forest.