Greta Thunberg and David Attenborough may turn out to be the catalysts for change, but only if we wake up and act both as individuals and collectively. The election defeat for progressive parties (south of the border) wanting to address climate change is a significant step backwards; the middle aged and old putting our present comforts or despair ahead of hope, against the interests of our clearer-sighted children.

I have pasted below the links to the excerpts from the BBC Radio 4 Today programme, in which the two talk, linked between London and Stockholm, and also the interview with retiring Bank of England governor Mark Carney.  The interview with a spokesperson from Shell does not appear to have been posted by Radio 4.  Shell’s perspective appears to be that activism is good if it changes consumers’ opinions which in turn creates markets for green energy and so will drive green investment in a capitalist economy; in other words, when the local neighbourhood is burning, reluctant punters might decide to switch provider.

Greta says “Read up. Inform yourself about the actual science and situation… Be an active democratic citizen… Democracy is not only on election day, it’s happening all the time”.

We brought together natural history broadcasting legend David Attenborough and global climate activist @GretaThunberg for the first time. Hear their discussion on @BBCR4Today this morning or watch it online: https://t.co/cMsiC99U3f pic.twitter.com/M3MCCW78US

“A question for every company, every financial institution, every asset manager, pension fund or insurer: what’s your plan?"

Of these sketches, the one immediately below was done outdoors from my bike.  The rest were from photos, practice at expressing a landscape and sky with black and brown lines, bleeding ink, wash and conte crayon.  I finished with the drawing that headlines this piece. 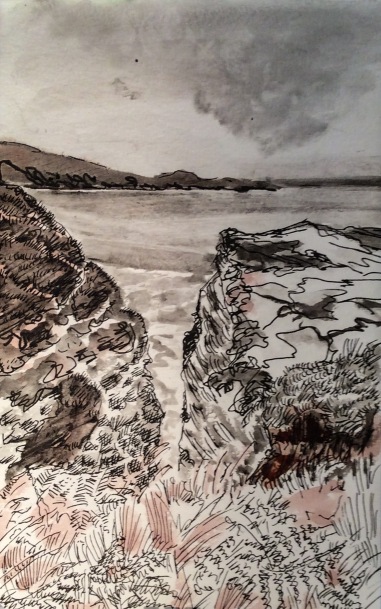 My 12-year old daughter equipped herself with small canvasses and set out to paint Christmas presents for the family.  These were mostly variations on mountains, pine trees and rivers, with one picture of am imagined solar system for her next brother up.  However, her second biggest brother commissioned a larger painting which was to include trees, a river, a bear and a greyhound.

She worked on a background full of tree shapes in greens and muted violets and greys.  She painted and repainted a large area of brown in the fore and mid-ground and then got stuck.  I tried helping but was stuck myself: I don’t paint in acrylics like this myself so needed to experiment before I could show her.  Eventually I was sub-contracted to finish the painting while she went out shopping with her friend.  I used opaque paint to darken her trees. With hindsight, I wish I had photographed her version first, and then used transparent glazes to have kept her original trees more visible.

Sorry, the greyhound is too much I think for this composition!

“Up in the rocks, up where nobody goes,

There’s a steep path that leads higher, to a cave.

And once she’s in, she can pray to her heart’s content

To her god of death.” 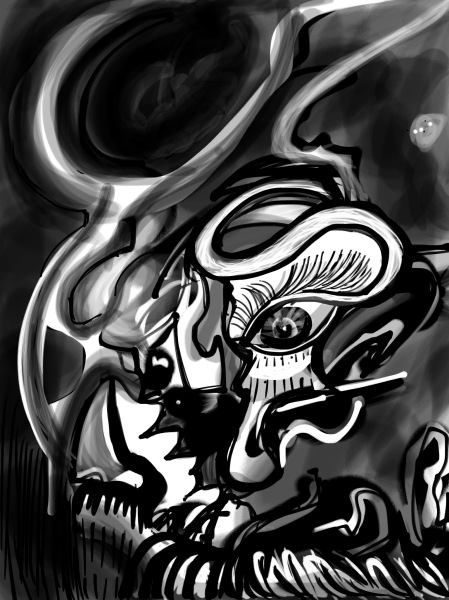 After all her Hades talk,

It’ll be her chance to see if he can save her.

“King Creon.  All hail to Creon.

For this city at this moment.”

“Gentlemen.  We have entered calmer waters.

Our ship of state was very nearly wrecked

But the gods have kept her safe.”

So this survey site seems safe and not selling on our data.

They compare policies across national party manifestos and let you pick blind (not so blind as Tory and Brexit party’s’ policies stand out like a box of frogs).

These is a profile of my preferred policies. Looks like I am Green. I still plan to vote Labour. That’s my best chance tactically anyway and what’s striking is how close the three progressive parties are to each other.

Tactical voting is crucial now if we don’t want to crash out of Europe, be sold off to Trump and have our democracy crushed under illiberal measures. 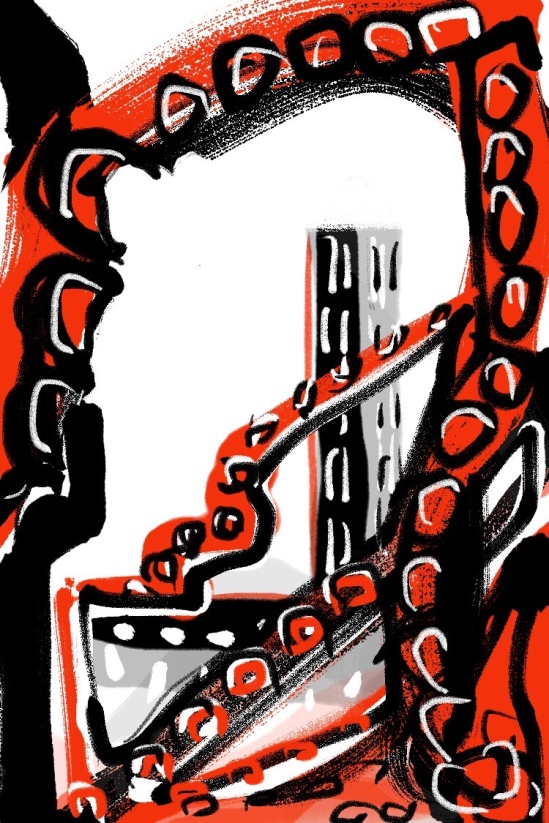 And behind him, those who would own us