There are catacombs in Birmingham.   The doors are sealed with lead and the stone facings bearing the inscriptions have mostly crumbled away.  Two tiers are arranged as a three quarters circle enclosing a flat arena. On one side, steel pilings push against the stone, holding back time.  The show is roots and growth: the audience and the actors are silent. 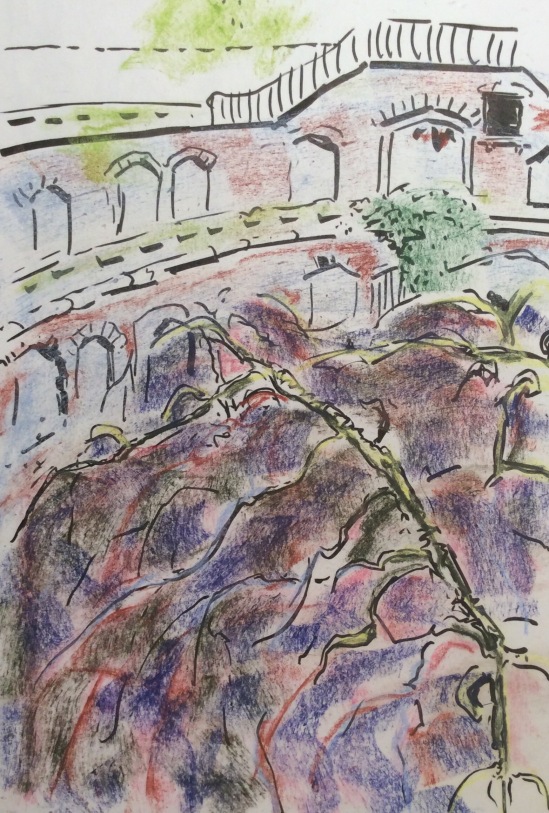 This was a sketch of a few minutes, a quick run with a pen, a few strokes of chalk.

“A heap of broken images where the sun beats”

On the day we visited the Royal Academy, the Klimt / Schiele show coincided with the closing days of the Oceania exhibition of artefacts from Pacific cultures. 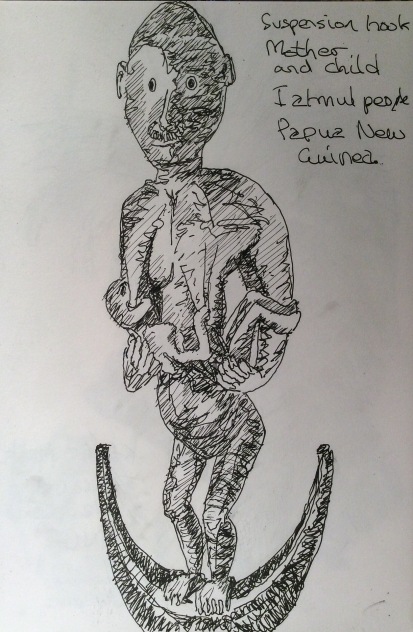 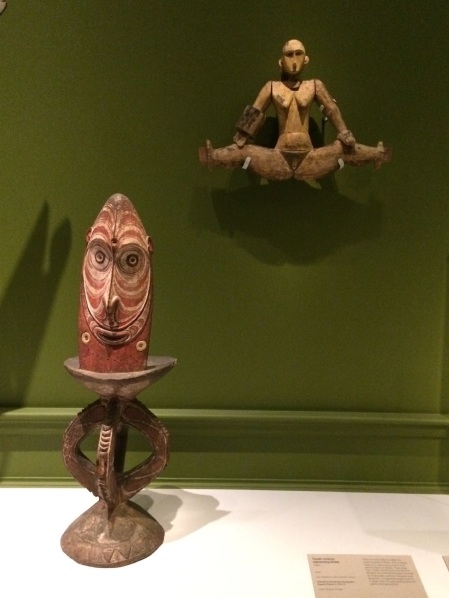 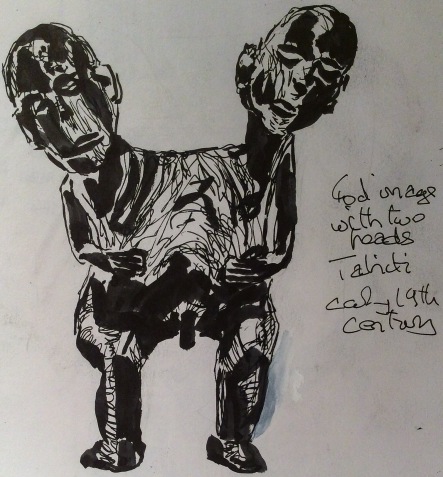 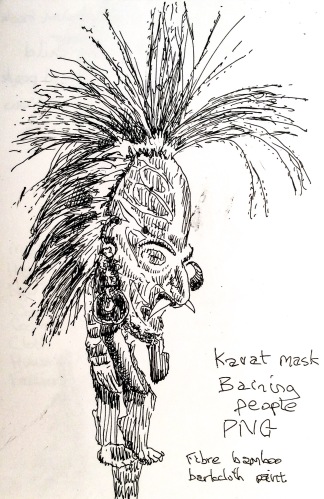