The Italian countryside, the heavily wooded hills and marshy lowlands were largely devoid of bird song.  An eerie quiet pervaded the landscape.  In the marshes, the few ducks were well hidden and the open water was mostly populated by herons, egrets and flamingos.  I understand from the media that Italians’ passion for hunting has overwhelmed the ecosystem and left it depleted of its natural bird life.  I did see a family of wild pigs snorting their way through the undergrowth.  Again, I read that wild pigs had been devastated by hunting and the population has been rebuilt using a strain from Hungary which is smaller and which breeds more rapidly.

I shared a bird hide made of dry reeds with a photographer smoking a cigar.  He caught some fabulous shots of circling raptors and a kingfisher which alighted close to us.  I concentrated on the flamingos and egrets.  These were some distance away.  I stated drawing, spotting through the telescope and copying awkwardly onto the pad.  As juvenile flamingos came closer, I worked more loosely using brief glimpses through binoculars and drawing more from memory.  There is a tension between seeking anatomical accuracy for an unfamiliar species versus failing to capture movement through slavish copying. 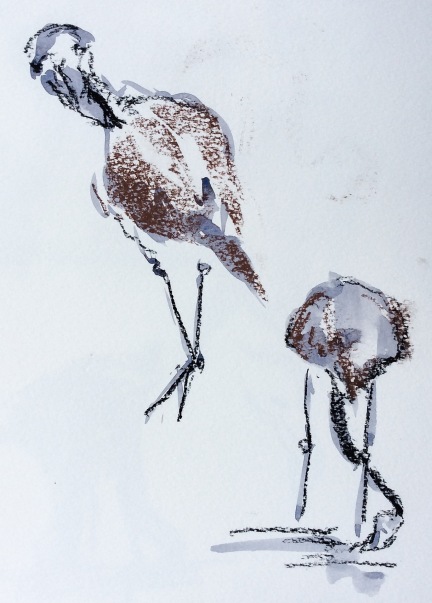 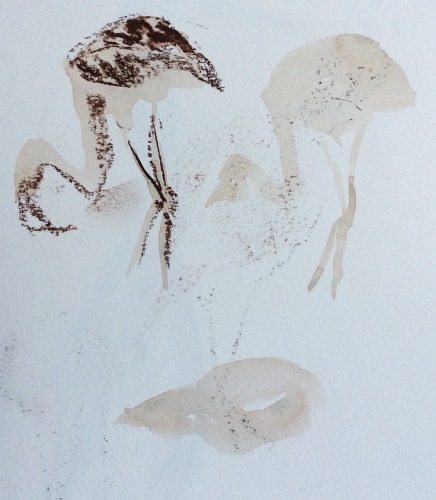 I found once again that I have no standard technique for drawing in the field. Here, in great frustration, I have switched between drawing in pen, and painting a rapid shape which is then overlaid with conte crayon. 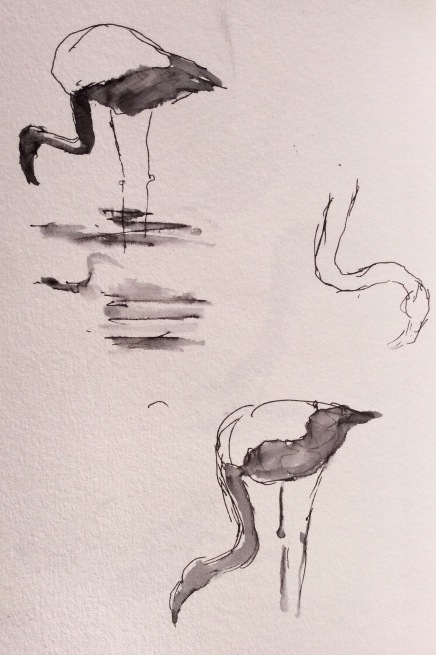 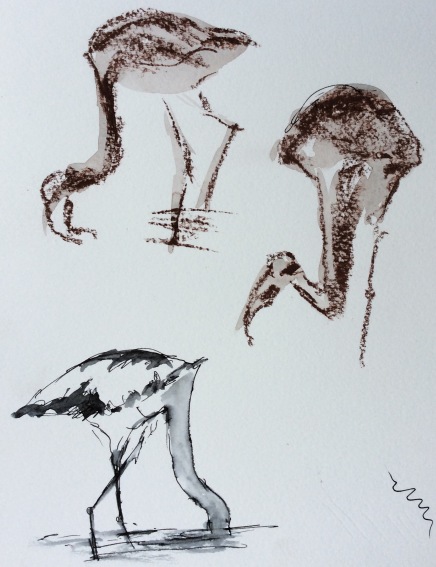 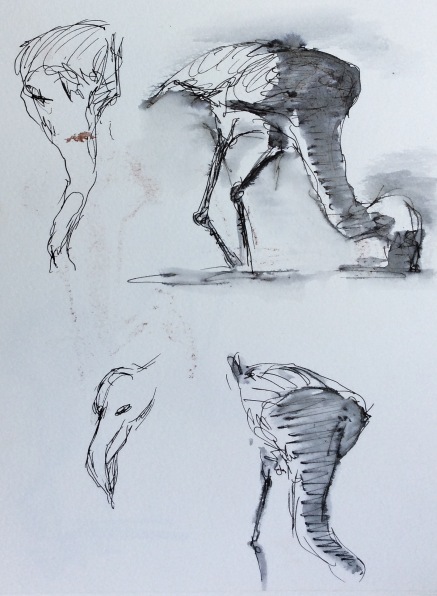 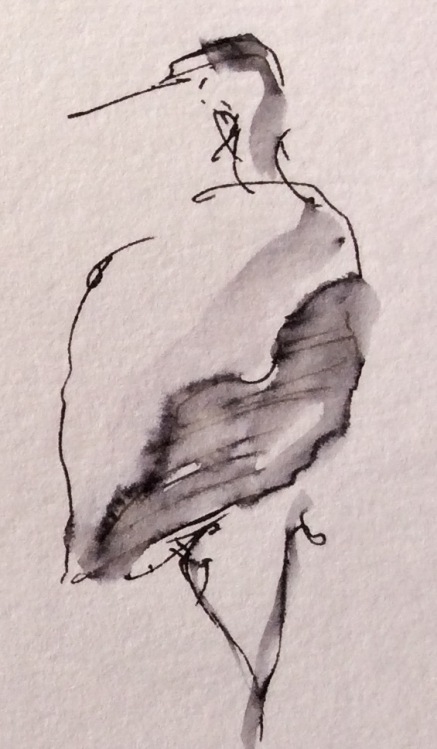 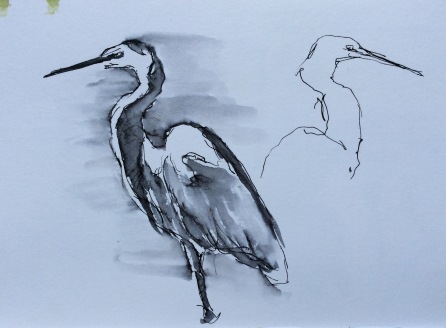 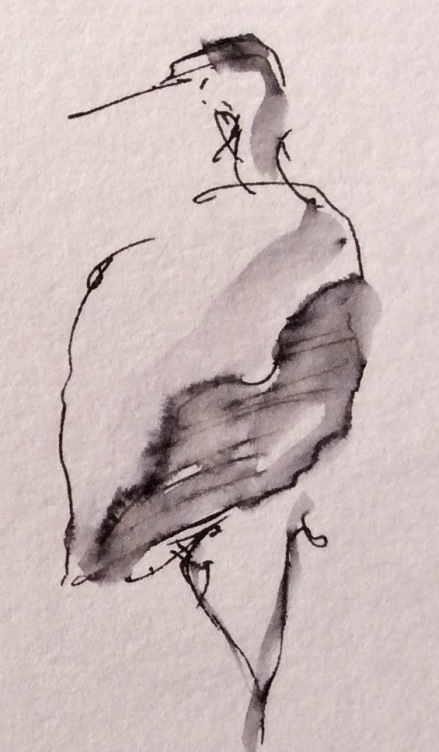 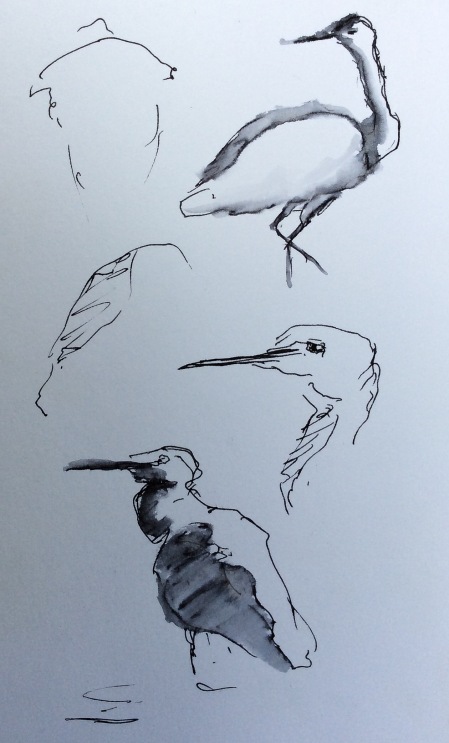 15 responses to “Back to drawing birds”