In contemplative mood, walking from one place to another on busy paved roads surrounded by buildings, I found a short cut through woods within which I was disturbed only once by a passing cyclist.  I stood and drew this in black ink and water.  I walked on holding it while it dried, plucking leaves and picking fallen bark which I rubbed in to stain the paper. 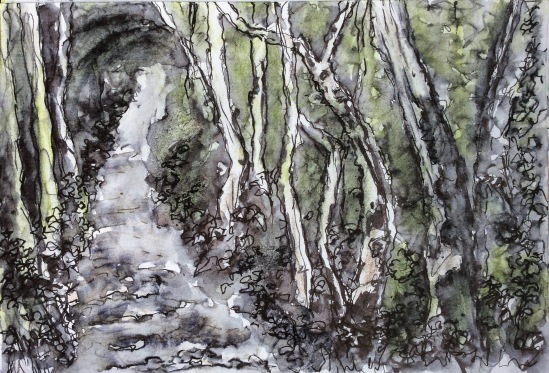 This next was done while cycling along a canal.  I keep meaning to work back into it to clarify the shapes and tones but now I am thousands of miles from my tools so post it as it is. 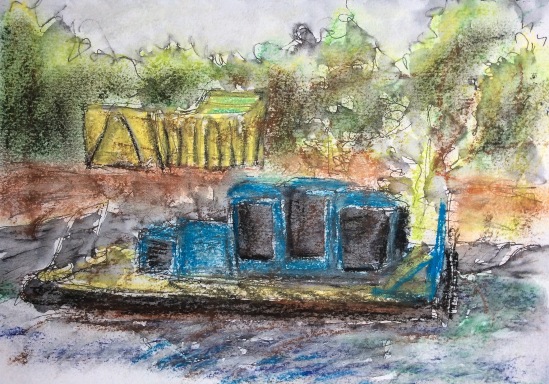 These other little drawings include one of a moorhen chick, one of many I saw foraging in and out of reeds a couple of weeks ago, and ink sketches done in pubs and restaurants. 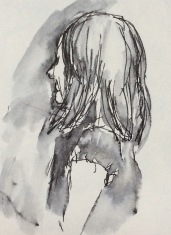 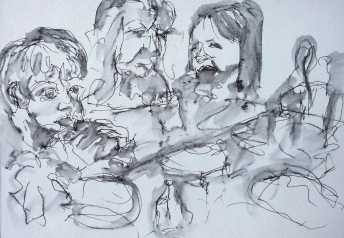 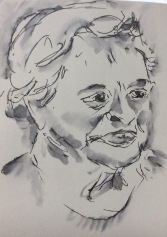 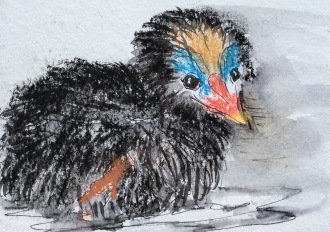 It was like a wee yappy dog stampeded the herd into the jaws of the waiting wolves.

“Better the predator we know” mooed the English.

The herd philosophy was … do herds have philosophies?

The herd instinct was “they’ll mainly pick off the weak and sick”.

Unless of course the predators have become stronger, more cunning, more capricious,

And have found a taste for richer meat. 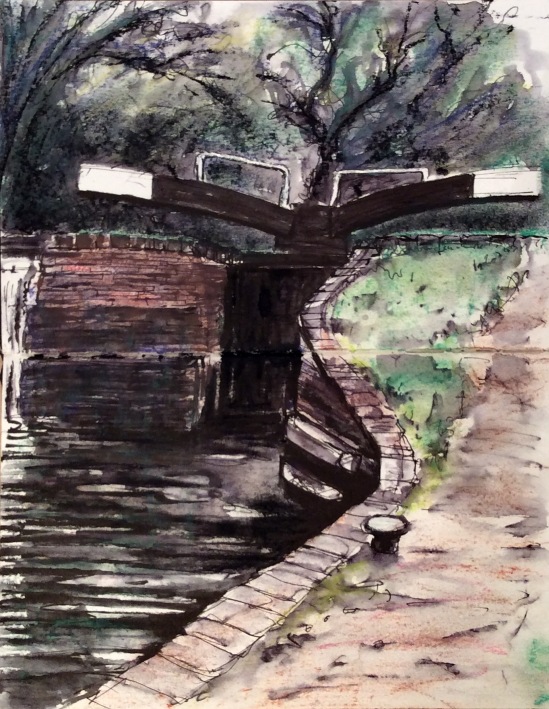 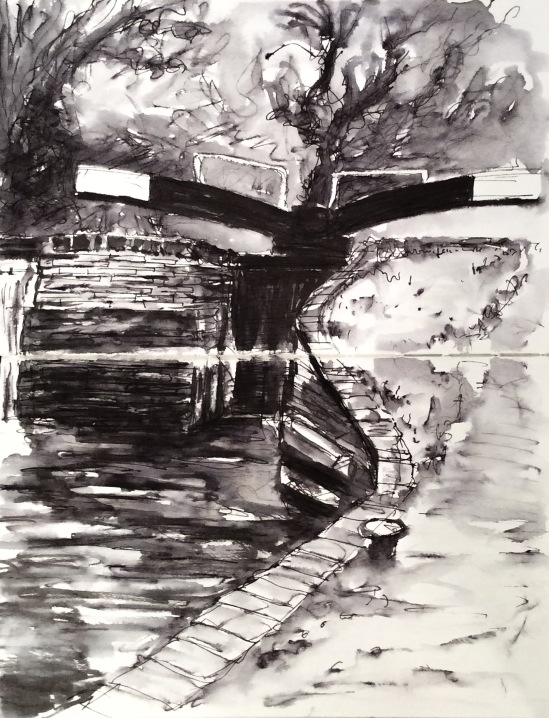 Lapworth lock – pen, ink and water sketch from the bike

When I last cycled here, it was winter.  I did not stop for beer and put a more opaque layer of pastel and conte crayon over the penned sketch.

It’s six in the morning and I write this after taking down the election poster, but not yet knowing the outcomes.  Reflecting my mood, I am listening to Leonard Cohen’s Famous Blue Raincoat.

The last polls suggested the leading parties were neck and neck, leadership of the next government balanced on a knife edge.  For as long as I don’t look, this is still true: we have at one and the same time both Labour and Conservative-led coalitions.  In a few minutes, I will collapse the probabilities by looking.  And I fear that what I will find is a Conservative near majority.  Their interests converge with those of the Scots Nationalists in breaking up the country so a narrow cadre of financial interests can rule without check the broken remnants. 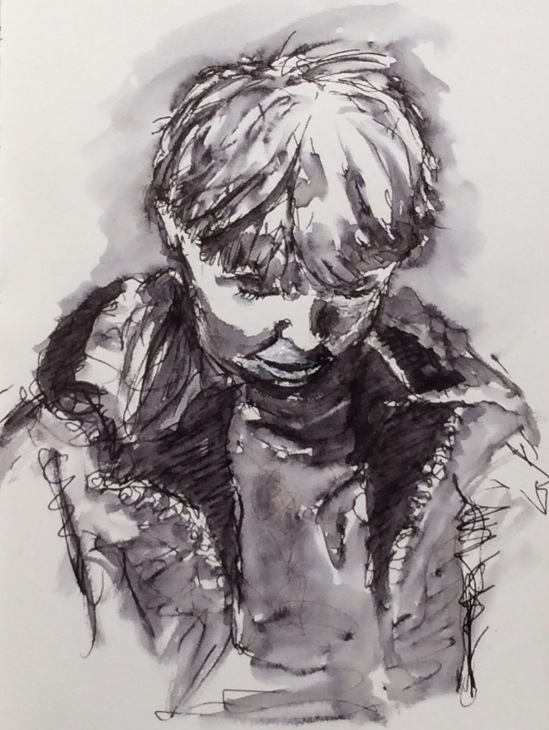 Election day was also my son’s tenth birthday.  The day turned out themed around sloths, his totemic animal.  Here he is last weekend, sitting on the train reading Philip Pullman on his way to watch his mother run her first 10K race: 58 minutes by the way. 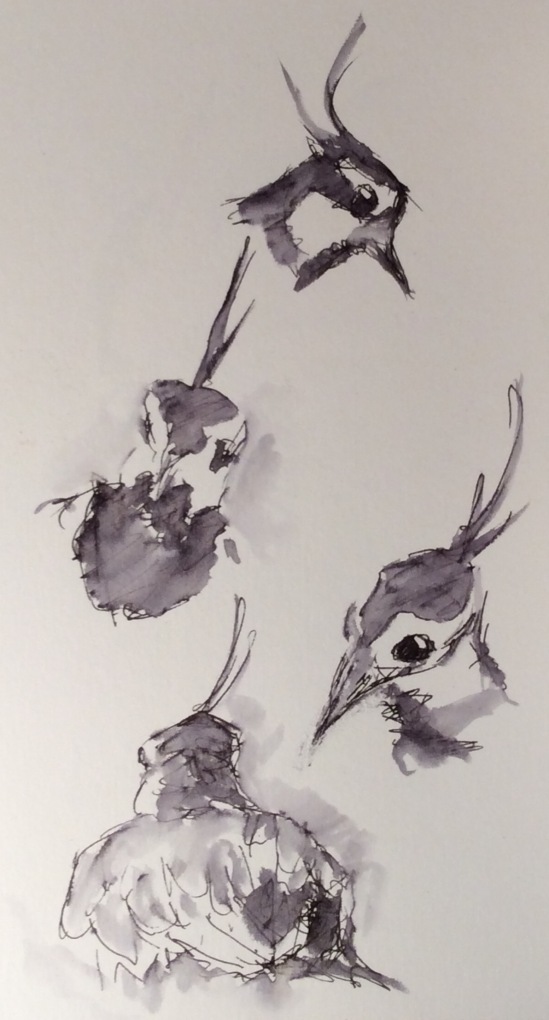 Here are my remaining sketches from the last week, an attempt to visualise the bird beneath the feathers. 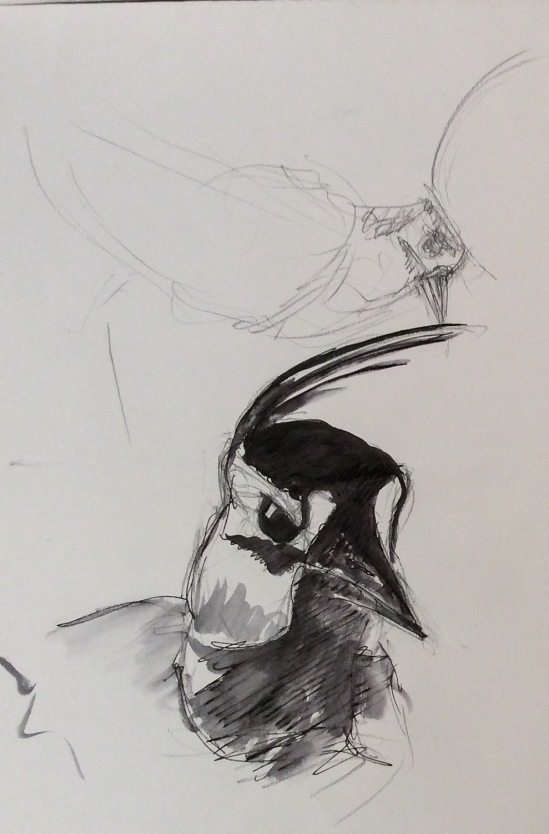 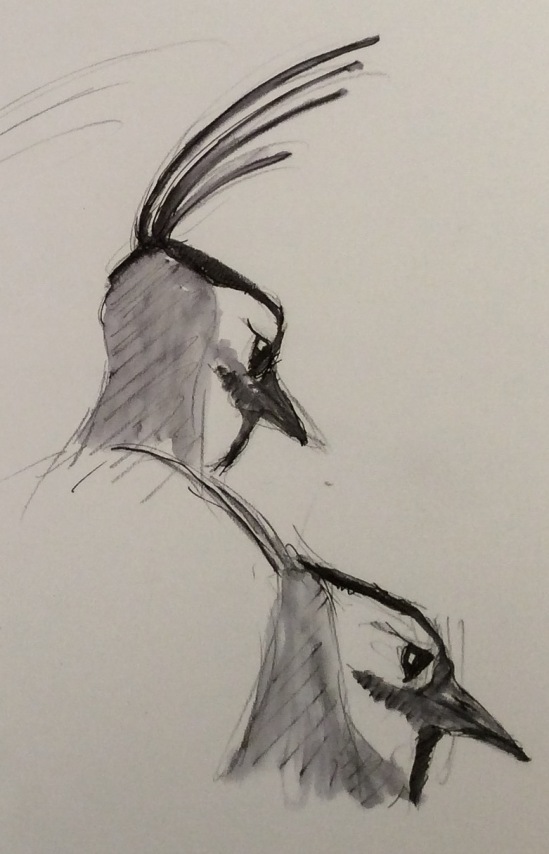 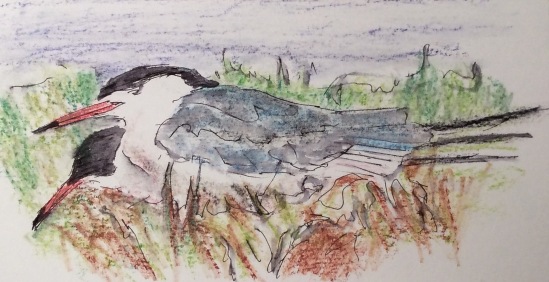 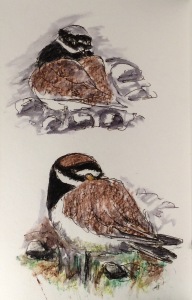 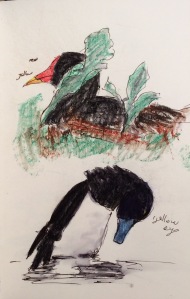 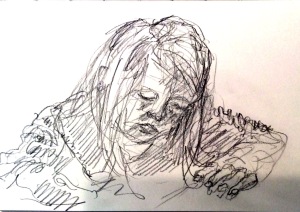 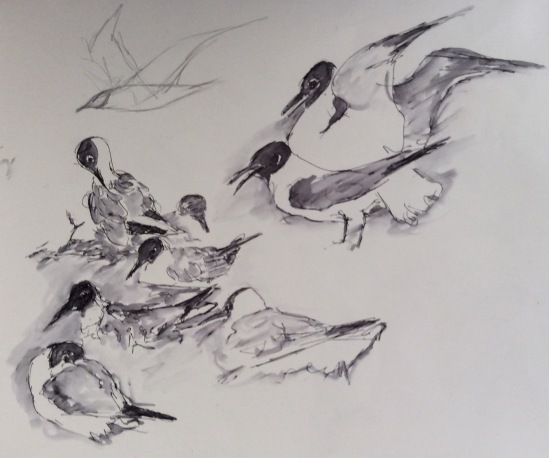