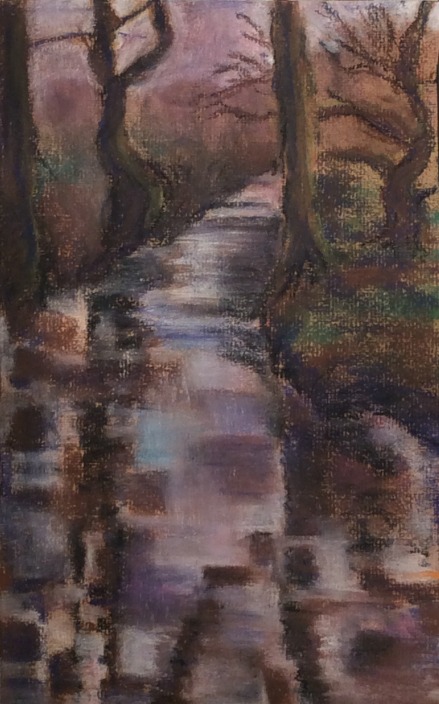 The rocks mark, in our distant past, when multicellular organisms evolved guts and first crapped on the sea bed.  It was a critical step, that we might no longer be sessile but could instead migrate, carrying within us the bacteria, the compost, that enables us to digest food. Each of us is an ecosystem comprising many millions of organisms in shifting relationships.  The technology now exists to profile the diversity of organisms within us and understand their relationship to health.  There are many conditions in which illness is caused through inflammation.  What part does our individual internal ecological diversity play in that, I wonder?

I spend so much of my free time trying to wrap my head round these complex biological interactions that I am culturally and artistically ignorant.  The exhibition “Rubens and his legacy” at the Royal Academy was for me a trove of work I did not know.  Here are two simple memories from that show.  First, there were connections shown between landscapes ranging from Rubens through to Gainsborough and Constable.  This visual impact was of deep rich toiling red shadows in the foreground and cool blue and green distances in the left upper panel like a view into an ethereal other land.  The second memory was the masterly, deceptively simple, descriptions of the human form in red black and white chalks.

My humble sketches above were simple landscapes in conte crayon, done on site in woodland and, as evening fell, from a footbridge over a small stream on my cycle route.  I have an idea to work over the woodland scene in thin acrylic glazes.  The second picture is much smaller, done on a scrap of tinted paper lodged in my sketchbook.  I worked further on this in crayon on my return home, to better capture the forms and reflections.