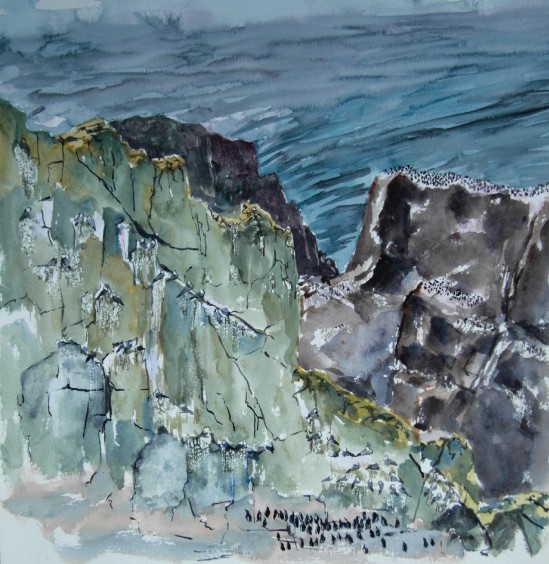 I moved out along a narrow spine of rock with a steep drop on either side.  To either side the cliffs projected out to sea in a series of ridges.  The sun was hot and no wind disturbed the paper.  On the vertical surface facing me, kittiwake pairs were spaced out, nesting along the narrow cracks and faults in the rock.  The guillemots formed denser colonies on sloping surfaces lower down and on the tops of the more isolated stacks.  The red sandstone was mottled by lichen and guano and sunlight.

6 responses to “Razorbills and guillemots and kittiwakes: St Abbs Head”